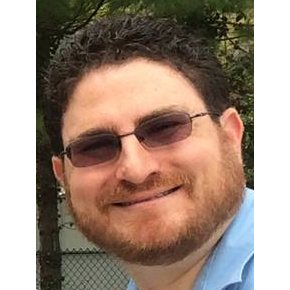 David earned his B.S. in Bioinformatics and Molecular Biology from Rensselaer Polytechnic Institute (RPI). He began at the Broad in 2007 doing genome assembly and analysis of pathogens and vertebrates in the former Genome Sequencing and Analysis Program.

As sequencing technologies changed and evolved, so did the need for automation. With exponential increases in data and their accompanying projects, and not in personnel, David’s role adjusted from being an analyst running ad-hoc tools and scripts, to that of a software engineer, developing pipelines and enhancing scalability to support the analysis team.

David joined the Getz Lab in June 2012 as a part of its TCGA Genome Data Analysis Center (GDAC). His role was Run Operations Engineer, running the GDAC Firehose pipelines over the corpus of TCGA data, and coordinating with the rest of the GDAC team to update, enhance, maintain, and troubleshoot its tools and infrastructure. He served as the GDAC’s representative in multiple TCGA Analysis Working Groups, including Sarcoma, Prostate, and Mesothelioma. David still supports FireBrowse.org, a portal for exploring and extracting TCGA data and analyses.

David is currently part of the processing GDAC for NCI’s Genome Data Analysis Network (GDAN), the Proteo-GDAC for the NCI’s Clinical Proteomic Tumor Analysis Consortium (CPTAC), and supports the lab’s and other end-users’ use of Terra via the tools FISS and Hydrant. He continues supporting the GDAC pipelines, which have been updated to hg38, moved to Terra, and had their infrastructure updated to handle data coming from the GDC. He also supports users of data and analyses obtained via FireBrowse.org.